Suggestion: hire a company to go through the site and sift through 20 yes of potentially copyrighted material. When I sued a NY real estate company that had a building here in MA using HUD funds the big parent company obviously utilized professionals to scoir the internet to remove any and all negative info about them. They missed a few things which I grabbed while I could. It was amazing to watch because the transformation of the company's image was so complete. It's like they rewrote history. It was actually very scary. (The company has a history of tenants complaining about mold in buildings in NY as that's what I sued for. They seem to own big hotels and keep HUD buildings on the side which are sh*tty.
In mid 2000's they got busted for giving black politicians space for their campaigning in HUD funded buildings. It was indeed beautiful to see them finally punished for something. But they still have sick building syndrome in their HUD complexes and it's disgusting.)

And that's the lesson in this. It became a thing recently to try to get rid of alternative info sites and conspiracy theory. So if they can't do what they did to Alex Jones they can put pressure on in some other way. People fighting deception and injustice in the big picture aren't prepare to have it done to them personally in such a direct way from the legit system but that's what's happening now.

Look at my frame up from 2016 an attack involving or with compliance from the legit justice system which I was not prepared for. I hear they also framed Fritz Springmier. He claims it's what's in right now to try to get rid of dissidents and that seems the case. Trying to call us fake news or hate speech while major news stations actually manipulate people daily and nightly with bullshit content.

Listening to the podcast the guy sounds like he may not be able to persevere or withstand alot of damage from such a situation but I guess people are asking about buying it so maybe it will go online again even without any new content.

Why I’m Not A Feminist: a takedown of the 'narcissism' of modern feminism

"We’re told that feminism is about equality, plain and simple. But Jessa Crispin, author of the new book Why I’m Not A Feminist, brings a few other definitions to the table:

A fight to allow women to participate equally in the oppression of the powerless and the poor;

A method of shaming and silencing anyone who disagrees with you; and

Wow that's certainly what ive experienced over the past 4 years especially the first one and definitely the second one-replacing "disagrees with you" with "disagrees with the system". It's gotten very nasty here in the Northeast especially around the universities. And it's obvious that it's part of an agenda a very nasty one that isn't about progress at all.

Meghan Markle Race Controversy: Why It's OK To Let It Go (Becuz The Royal Family Are Already 'Black' By the 'One Drop' Rule Anyway!)

Race has been utilized as a huge diversion in this past decade and it's part of a total engineering package that is too complex to map out here but be sure that it benefits corporate and the elite in the end. As always.

Theres a misconception that royals represent their countries' ethnic backround or the history of the people.

The royal families of Europe strategically intermarry to keep wealth and control among themselves. Often they aren't of the same origin as the country they represent as royalty.

The Swedish royal family is French from a take over during Napoleon. The king's wife is a Brazilian of German and Jewish descent.

The British royals are German, Greek even Dane and have African blood from a black line of Portuguese royalty.

Markle is not the first 'black' European royal and contrary to the fairy tales about her being from nothing but slaves in the USA her bloodline has relatives to the royals from Britain and more.

No Cinderella: The Real Meghan Markle:

The British royals took a hard hit after the world saw them as villains for possibly having something to do with Diana's death as a conspiracy theory and definitely as mistreating her.

Never again can they afford to be distant and appear "out of touch" as one article put it, if their monarchy is to survive.

Many people seem upset by the marriage of Markle to Prince Harry. They percieve this as a huge change, that it's unorthodox. That it destroys heritage, ethnic identity and custom. Thousands of years of evolving- breeding through natural selection and fitness to environment, invading, warring, fighting to survive, growing, traveling etc.

I'm in full agreement with the critics based on the current trend of pretending to be progressive and causing 'change' when all it is is another shell game by designers of the agenda to switch favor and as usual it's always to benefit corporate and the elite.

This is why we left Europe. Christian government doesn't work and Britain is a small island which has basically sold out to mass immigration. Europe doesn't have our Constitution and due to no right to bear arms or freedom of speech it's been basically a war complete with terror, murder and rape. The security isn't like ours here. For as much as African American youth has been sucked into BLM remember that without the US Constitution that the forefathers created for just this sort of situation, blacks in the USA may have been displaced by various immigrants by now (yes Muslims) with entire areas under illegally imposed Shiria Law.

Royals have nothing to do with the salt of the earth. They have no connection to the land's people who have evolved over time on that land in that location and share a special bond and DNA..and a connection to the dead ancestors in the ground who become part of everything around us. This gives us alot of power. This is one reason Natives were killed in favor of Africans being imported for slavery-the power of the land to it's people. Africans were just as vulnerable and lost as anyone else in a strange land and that gave the overlords power to control them.

Being human means going beyond what is animal in us but we are animals. Our base instincts and drives are valid. Admitting this is the key to understanding how to be human. Denying it gives control to those demanding our denial.

DNA doesn't lie-systems of control do.

Btw not everyone is starry eyed and fooled by the Markle spectacle.

Nor am I. And now I never again need to feel any more of my Europe is being destroyed- because the royals work for themselves not the people and they are a deception.

In a BBC TV series from the 70s called I, Cladius there is a scene where a visiting Greek actor notices the obvious strong voice of a guard and comments on how he could be on the stage. The guard replies he was once a stage actor but there was no work. That work was given out through nepotism not merit. He then states the theatre isn't what it once was. The Greek in typical philosophical fashion replies "It never was, what it was".

That we only imagine or percieve incorrectly what something is that it suits us yet how true to our version, as favorable, was it ever really?

Dann! Wonder what happened to the driver.. 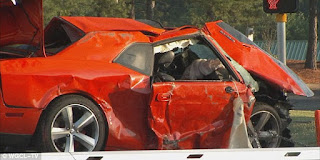 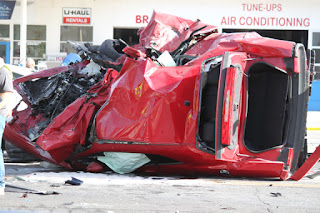 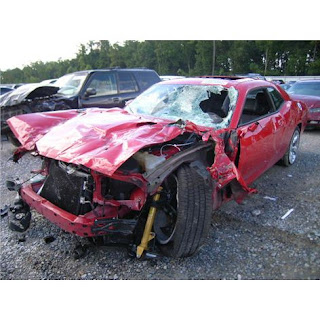 "Where are you coming from and where are you going?". Repeated exactly the same way so many times that it was blatantly obvious.

The journalists in the article were correct to be creeped out by getting the exact same driver every time.

I used to enjoy conversation with drivers but since I have read so many articles on Uber and Lyft spying on each other or overseas competitors it's obvious that such a theory is within the realm of possibility.

Some drivers are genuinely curious but may be trying to gain control or find out information. Sometimes it seems more like simply getting a person to chatter is the goal-in many places. For perhaps purposes of constant reassessing of the way someone thinks or even using it against them later. as evaluation of their sanity or ensuring they never get anywhere due to their views on politcs, race, etc.

The election is coming on November 6th. It's already glaringly obvious that race and PC bullshit games are being used to get people elected that will simply implement very oppressive policies that benefit corporate, real estate development, the new money who've taken over MA. Ideology should not be part of political platform and these liberal areas have degenerated into this sort of brainwashed, cult mentality. There's no grown ups left it seems.

And nothing could be more childish than spying. It's for kids. The kind thats going on today isn't being done by James Bond types or your historically traditional kinds lf people suited to spycraft.

Some drivers seem to be trying to give an air of being disatisfied with me and companions as passengers. This is ignored and to be fair this isn't on my acct. Many drivers are nice, helpful and just do the job they are hired for.
Just watch out for anything that seems like in the article. And it is great to turn the tables on people who think you are stupid and want to take advantage to gain information.
by On_GangStalking clock 2:37:00 PM No comments: