"She's just a nothing from Waltham".

"She belongs in a hospital somewhere".

And a few other unkind remarks directed at me by jerks. Where is this coming from?
I can understand a smear campaign but outright ignorance?
Maybe that's part of it.

In theory of course. 🤣

And people still thinking I can go live at my family's house is so ignorant as well. My family are mostly all dead and we have no more family home. Anything left to me has been taken and hidden by my family most likely and it won't be missed anyway.

More life I was denied and missed while on the road traveling since 2006. No one ever made a great effort to look for me either . A guy at a pub in St Louis in 2008 said to me "if someone can't be found, then it's because people don't want to look that hard", as in they don't want them found.

I know what I am doing.

Most people don't even understand the full situation or what these blogs are about.

A local woman who runs a chain business a few months ago exclaimed "Don't talk sh*t about me on there" (the blog or internet I assume) in her heavy local accent, though she is nice to me in many ways, it's disturbing to be surrounded-almost imprisoned by a sea of the ignorant public.

It's predictable considering her level of undstanding of what my project is and her probable sources of information.

She had to be guided by people who probably understand more accurately what this blog is about. Thus, the general public can be used as force multipliers in smear campaigns and harassment because they're simply ignorant and they're being guided by people who know what's going on.

Do you actually believe that a person who's on the average level is going to understand what Mk ultra is about? Maybe some can. Your
average person's understanding of MKUltra is like them understanding the Mona Lisa in a color-by-number coloring book format. That's about the extent of the understanding you're going to get so that's what I'm dealing with now for some reason in the past 3 years my blog has been brought down to the level of the public.
Just like .. I was framed involving levels of society that usually didn't interfere in what I was trying to do because their job is more local and has little to do with this level. so I suppose throwing me to the peasantry is probably what's going on knowing that they'll just rip me apart cuz they don't understand.   I suppose that's  a pretty brilliant and practical move because like I said how are they supposed to understand this, they think it's just something bad and negative and I'm just such a horrible person which is utter b******* of course.

It sucks living in this globalist world of 'mob rules' or more accurately-they are allowed to believe they do.

Giving spy equipment (personal technology) to the masses was the single most destructive and stupid idea anyone has ever had. But...it's fulfilled an agenda of those in power that took much longer or much more effort or more brutal actions throughout history.

Well this may explain the recent... escalation. Well..myife has been and will bea living hell until after Nov. Sigh. Same old same old.

A new admin may not pretend that frame ups and corruption don't exist like the last one may be the problem lol. 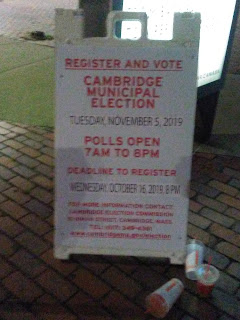