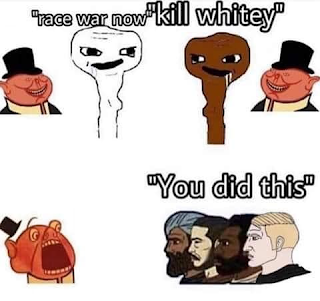 The Myth of U.S. Democracy and the Reality of U.S. Corporatocracy
https://m.huffpost.com/us/entry/us_836573

How Light Pollution Is Destroying The Environment:
https://www.theatlantic.com/science/archive/2019/09/light-pollution-destroying-environment/598561/

The immigration crisis may spell the end of the European dream:
https://www.thejournal.ie/readme/opinion-the-immigration-crisis-may-spell-the-end-of-the-european-dream-4090094-Jun2018/

Remember unlike THE USA which everyone hates so much nowadays most other countries specifically Europe DO NOT RETAIN THE RIGHT TO BEAR ARMS NOR ARE GUARANTEED FREEDOM OF SPEECH. They also do NOT excersise the same security measures we have here.  These are completely undocumemted, uncounted immigrants from totally foreign cultures that are war torn and violent. Its illegal to ask what ethnicity someone is or where they are from.
Mexicans and golden triangle (Central, South America) immigrants have more in common with Americans than the European situation. The USA is also large enough to sustain the influx of these people even with lower to middle class locals being displaced along with the effects of Globalisation in the form of gentrification.
The police you profess to want to do away with are the very people who pretty much know whos in your area and how actually dangerous they might be.

I dare any city or town to do away with ANY AND ALL police, security or any other covert presence protecting the area (of which there are many your naive asses dont know about) and see how long your bubble of relative privilege and safety lasts.

As a third worlder once said to me in Cali some years ago about living in the US: " in my country...your dead. At least in America you're safe."

One reason these tragedies seem so shocking nowadays is that just less than two decades ago, the public werent aware of the daily horrors going on around the country or the world. People heard events on the news or lived locally. That made life simpler and and things more personal.

Soldiers always have been and always will be violent in nature and that includes police.
Can you imagine if this was the climate of self righteous outrage during the organized crime era I grew up in? Where murder and corruption by violent men was a normal part of the system and daily life??

Activists have been warning the public myself included about the growing influence of the MIC on civilian life and as youngsters Gen X foresaw the dangers of corporate culture taking over our lives to define us from cradle to grave.

As for Millenials and Gen Z whining about the environment and how we left a damaged world let me inform you that WE were living an environmentally friendly focused lifestyle in the 1990s as a way to complete our parents dream of 'changing the world' which we saw in practice in the 60s and 70s.
In Clinton's 2nd term they shut us down, began with the gentrification of cities and in 2001 a building blew up in NYC on 9-11 and shortly thereafter Earth First! was declared a terrorist  organization. Supposedly Liberal progressive stores took their newspaper off the shelves immediately. This to me began to expose the conditional commitment that Liberal elites and the Liberal areas had generally towards real problems in our world that needed to be dealt with.
The term 'Deep Green' is ridiculous and exemplifies how common sense is put aside as being a consumer in the western world matters first and foremost.
Then of course personal technologies became part of the comsunersist citizens daily life and that is one of the biggest pollutants in recent history along with everything else that is designed with planned obsolescence due to it being about consumerism mainly.

The hypocrisy has been unbearable and now its just out of control.

The beating down with terrorism and infantilization of Americans and westerners generally is finally paying off for the system.

Youve totally forsaken homeless people, the disabled, the elderly or anyone else that gets in the way of ultimate consumerist goals and desires and the globalist agenda.

The lessons of past activists concerning COINTELPRO or corruption of activist movements by the powers that be seem lost on the recent generations of people. Anyone my age was trained by our parents to watch for complete bullshiy in any sort of proposition in life especially anything concerning an activist movement.

However these generations are trained to percieve older people as lacking in wisdom or any useful information about how the world works.
The fact I am constantly minded, pushed around, judged and controlled by people young enough to be my children is absolutely disgusting especially considering that i am one of those rare people whos an actual genuine activist that is a threat to the system.

The fact that people don't even understand who they are talking to or they are no longer intelligent enough to assess that perhaps some thing is suspect about a smart attractive woman living out of a storage space shows that the public are THREATENED by anyone whos GENUINELY up against the system. Mostly because they depend on the system for survival and to satisfy their wants and desires in life.

At the end of the day todays protesters are kids being uswd by the powers that be in ways they dont understand partially because they dont consider the wisdom of pre internet generations on how life and the world really works and partially becuz living in a reality defined by the internet has left them damaged as human beings.
At the end of the day they are little more than consumers in a mall of ideas and movements being marketed to by a very slick and sophisticated machine.

Did it ever occur to anyone that the insurance payouts for riots would help businesses failing from COVID19?
Its the same scam as the mob helping a business owner burn his place down for insurance money.

The public especially todays young people for some reason do not conceive of covert actions as being part of daily life. As if this culture ended with the cold war. This has been one of the greatest detriments to fighting for genuine justice and liberty in todays world.

Why would authorities ALLOW riots or ANTIFA rallies?
Most of the looting groups have been organized and from out of state. How do we know its not a kickback system? The same way security allows shoplifting in stores to get a kickback?

If anything is going to destroy this world its the naivete of the public and allowing kids armed with spy and communications equipment suited more to US Military to run our nation without the wisdom  of or respect for people who came before them.

There's a reason Gen X gets erasured out of cyberspace nowadays in favor of Boomers and Millenials or Gen Z. Becuz we have always had more common sense than adults and genuine desire to really change the system-not make it more comfortable to cozy up to corruption as long as we are comfortable.

Weve been warning you for decades about corporate and the Complex getting too powerful and too big. Now you live in a nighmare and guess what? People like me refuse to live in it with you.

Ive seen the real progress of the Complex and its far worse than civil rights issues. You have no idea what humanity is now up against.

You'll perish protesting everyday injustices as if they were unusual occurences.

Until this country faces the deception of 9-11, the war started under false pretenses and the now sophisticated control over society the powers that be maintain there will never be any real justice for any of humanity.
by On_GangStalking clock 3:01:00 PM 1 comment: