The man in the mirror (Obama Osama)

How do you make a country forget? (such things as a war with certain specific [marketed] characters?) 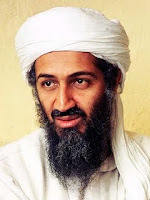 Do as follows. Mirrors are always helpful in all sorts of brainwashing:
http://www.morphthing.com/celebrity/5020198-Barack-Obama-and-Osama-Bin-Laden
Why I did not see this before now...I guess all the confusion of past events and well, being targeted has a way of derailing one's activism efforts as well as clear perception, which is what its supposed to do. Was always suspect of the name smilarity.

Its a way of 1) keeping parties divided by giving each one thier way on two seperate presidents and 2) letting BOTH parties (Republican, Democrat, Liberal, Conservative) know that neither one of them is in charge permanently- only the designers of this bullsh*t are in charge.