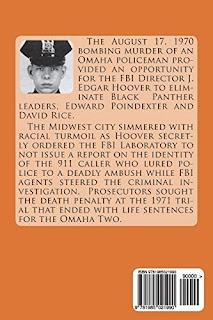 SURVEILLANCE CAMERAS IN THE METROPOLITAN BOSTON REGION
https://privacysos.org/cctv-boston/
TARGET IS REALLY, REALLY INTO SURVEILLANCE 05/04/2012
https://privacysos.org/blog/target-is-really-really-into-surveillance/
BOSTON’S SURVEILLANCE ORDINANCE IS SET TO GO INTO EFFECT IN AUGUST. HERE’S WHAT YOU NEED TO KNOW.  07/12/2022
https://privacysos.org/blog/bostons-surveillance-ordinance-is-set-to-go-into-effect-in-august-heres-what-you-need-to-know/
When is targeted surveillance wrong?
October 6, 2020
https://www.amnesty.org/en/latest/campaigns/2020/10/stopspying/
And that's the the abuses and capabilities that they know about. Imagine what's 'classified' or clandestine, secret or hidden from public view? Especially "in the interest of national security"?
Of course we need anti terrorist technology and to be informed and protected. However people seem seriously lacking in any common sense concerning criminal behavior and ways of thinking, the nature of  power and authority, corruption and especially deception.
Concern or even perceptions of the abuses of such power that are possible seem glaringly absent from much of the public mindset. It also seems that there were more concerns years ago and as Americans became brainwashed and terrorized into becoming obsessed with domestic life and Western culture through race and identity politics they've forgotten about the rest of the world (unless it concerns those issues) and what's going on in it.
Becoming Netizens makes it ever harder to focus on individual inner life and personal reflection. There's perhaps even a generation now that doesn't even understand or are aware of such a simple human concept due to being born Netizens and being raised collectively like veal where everything has to be 'safe'. Kids don't even do book reports alone anymore.
Sadly the past 6 years have pushed people into full cult indoctrination where somehow the powers pulled off the feat of getting people to totally reject alternative theories or theorizing about something hidden or deceptive as 'fake news' and that all conspiracy theories are falsehoods either for purposes of deception and manipulation (that would be called disinformation if it were the case) or a product of a mentally ill, delusional mind.
This was pushed by a media campaign some years ago that repeatedly aligned lone shooters with conspiracy theories or claimed they were conspiracy theorists. Some of which were blatant fabrications actually basing evidence in hearsay. Now that is an example of journalists engaging in a disinformation campaign.
The more you bullwhip the human animals and terrorize them into the behaviors, beliefs and thinking patterns you want them to take on, the more they will abandon things the master finds undesirable.
It's interesting that the culture we now miserably exist in is obsessed with the slavery of a a select few demographics throughout vast human history yet that content is being used in a much larger enslavement of most of the modern western world.
The fact the demographics focused on dont readily see this or admit it due to gain,  shows they are not truly free or even capable of living as such thus cannot be trusted in position of authority.
The fact that people seem very unconcerned with the issues of surveillance as well as it's potential for corruption and abuse of power and especially the involvement of the corporatocracy shows the degeneration of human health.
The idea that it's ok for a company like Target to be involved in surveillance in the way in which they are or that one billionaire like Musk to own an entire satellite system is completely insane. (Especially since he actually interferes with scientific research by refusing to move his systems out of the way of major science research technology).
It mimicks the old pre Constructional government system and reminds me of when we lived under overlords.  Which might be excusable back before the internet but it's totally bizarre in the world we live in today. (Such as the robber barons and company store set ups where people had to endure police and private security brutality that makes today's examples mild in comparison. These sacrifices made workers rights and our 8 hour work day possible. We take these for granted and those who died for these causes are forgotten in history. Their tragic deaths mocked by today's racial and identity political agendas).
The internet has been hijacked, infiltrated and censored and we are heading backward not forward. Technology doesn't define evolution -the way it's used does.
by On_GangStalking clock 9:26:00 AM No comments: