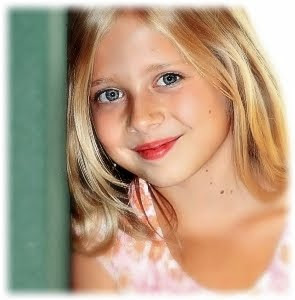 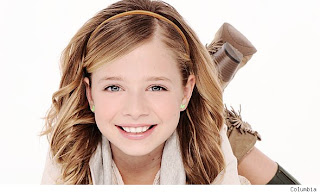 This society markets pedophilia and weaves it into the culture so it appears harmless. If you grew up with a traumatic experiences you may have an understanding of whatsoever predators are like, how they think and function in society.
When you have experienced the reality of an organized system of slavery manipulation and such brutality as the extreme of mind control slavery and high level pedophile rings you see that society itself is set up to condition the public to subconsciously accept unhealthy obsession with youth (and fear of death). Along with these manipulations is ensuring said society is in active denial concerning the existence of such an extreme culture of brutality and cruelty. Especially denying that rich and powerful factions makes such crimes possible. 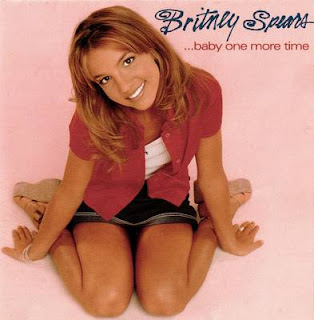 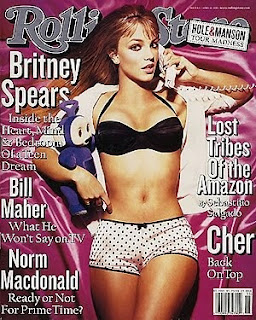 I learned about this eleven year old opera singer Jackie on the Today show. Kathy Gifford and some dark eyed brunette were chatting it up and being modern girly girls: slightly edgy but still uptight and judgemental as hell retaining puritanical American values, which of course only assist the denial process.

Its been very much in the interest of corporate criminals as well as any other faction that does not want the public to continue the 90s type of whistleblowing and reform. By becoming uptight, judegemental and socially conservative once again American society is able to recreate an era where scapegoats can be easily created to divert from the actual offending parties doing real harm.

For example Gifford made a tasteless and low class joke (not low brow as that might have actually been amusing) about elderly women and prostitutes. Note that before this they subjegated older women in general by claiming Rent-a-Grandma was a good idea becuz old people aren't tech savvy and wouldn't be diverted from child rearing by texting constantly.
There are so many things wrong with that in itself including co signing a younger generations selfishness and irresponsibility.

Interestingly then they told the joke which consisted of asking a nursing home why old ladies were lying on the lawn naked. Gifford, with frightening bitterness and aggression, gave the punch line that they were retired 'hookers' and they were having a yard sale. I noted that when she did so, she derived great pleasure from this, as if she was defeating an enemy. She punched a fist into the air and said "Yessss!" after delivery. wtf? It was shocking becuz it was such a bitter, hateful, and genuinely a disgusting thing to be coming out of her mouth.

We see this edginess nowadays has been co opted by the new conservative culture created by the GOP during Bush. Its being used to continue to destroy any breakthroughs in America's evolution towards growing the hell up and having understanding of the world they live instead of acting like isolated children in an insular society.

They then did make overs on a grandma and on a lesbian couple.
Once again the agenda is now picking and choosing who gets fair treatment and validation and who remains useful exploited scapegoats. Lesbian couples would not have been ok ten or fifteen years ago on such a mainstream show.
And note that grandma had to be made over, to look young with hair dye and make up. Again targeting old age.

When they interviewed this very young opera singer they ended with telling her "..thanks for not changing, you stay sweet okayyyyy?"
In other words, don't make us look at the harsh reality of child stardom or our sick society.
This coping mechanism is the true motivation for American society revering false innocence and such images. Becuz they cannot seem to bring themselves to deal with the reality of the bad and destructive that goes on in the world, which has been going on since the beginning of time. Also this is the quintessential selfishness of modern Americans: taking responsibility for reality is delegated to Christians to deal with not community or society at large. Americans expect that one of the rewards of Capitalism and this culture's set up is not having to deal with reality. Unpleasant ones especially. And anyone that holds them to that chore as part of the human family will be ignored, destroyed, villified and scapegoated until that threat disappears.

After watching this little girl's performance I could not believe that no one sees what's wrong with this. The way she's being presented, her make up job etc. Don't people realize exactly who is watching this? What kinds of messages this sends to men of all ages and girls to women of all ages as well? Do you realize that pedophiles are going to file these images next to their Jon Benet collections as some of the best socially acceptable and free kiddie porn in their lifetimes? They love it when its something on tv that all of society is partaking in.
Nobody cares...becuz nobody sees it for what it is and those who do aren't saying anything or blocking it out.

No one sees the manipulations in the entire show? Wise elder females subjegated and women who take charge of putting value on their sexuality are totally destroyed while the two chatty cheer leaders are angelic messangers that deliver the voice if an 'angel' who is a sexualized underage girl.

ow I am watching this nonsense about Weiner's testing scandal. He didn't touch anybody?? WTF? It was intimated that people wanted him out of office.

So its that easy nowadays? Just use the smear system and abuse survaillence when you want to get rid of someone inconvenient?

The abuses of power in this country have become outrageous to the point where its like living in communist Russia. And the public have been recaptured into an extremely insulated reality totally controlled by media, special interests and corporations.