The author is a bit cynical but it is, in part a useful article.

Per usual note that if you are a 'Person Of Color' or of African descent and targeted, this is to inform not harm. Every TI has challenges tailored to each of us based on our demographic specifics but we are ALL Targeted Individuals.

I read somewhere that as of now EVERYONE is targeted generally due to the NWO deception being all pervasive.

It's difficult when you deal with African peoples who aren't in on either gang stalking Targets or this insane NWO cult yet they are the only ones keeping many people from full blown White Supremacy or even worse-an acting out of violence.

Keep in mind that 'black culture' was seemingly hijacked long ago by people who utilize it as means to their ends. Ask yourself what America was like before welfare. What was the black community like before then?

COINTELPRO helped to create the new house slave population in the United States.

African peoples bring benefits to myself as an activist and a human being but the lowest expressions of their existence are being hailed and used against them and humanity around the world.

In a FALSE TIMELINE such as the one we now live in, where events have been manipulated to cause 'change' to serve those in power these are probably not the best results possible.

An example of this is Baltimore MD. I was there before Ferguson and the riots a few years ago with a local old hillbilly who somehow was a favored member of the worst ghetto communities (being a blonde Native American had something to do with his acceptance he claimed.)
No ghetto like that should exist in the 21st century, so why does it?
I realized with all I've seen over these years it's that way BY DESIGN. Its on purpose.

Maryland is a very dark place. Its been horrid for experimentation and torture (like MK Ultra) over many decades. As a Traveler I can attest to it being a place that feels dark, evil and dangerous, the entire state not just the ghettos.
Its interesting that the Pentagon and many contractors choose to be located in VA instead, where there are many churches around and the energy is generally much better. More balanced.

Its very complex what's been done to African peoples but its real. The obsession over racism recently is in my estimation to cover for the covert activities of the black community as well as to divert attention from a very real People Of Color conspiracy.

I do not villify homosexual culture.

I dont include it in any of this even though many gays and people like the author of the link below seem to be using gay culture on both sides.
Homosexuality is a normal occurrence in animals and humans. They've been around since humanity has existed.

I think the compliant is their coming out as being aligned with the NWO and People Of Color agenda as a threat and a weapon.
Ive had many gay males and moreso lesbians gang stalk me and am hurt by this since I just dont have any problems with them. My family never did.

I only have specific issues with protecting women first and foremost above all by wanting to see shelters and safe spaces that respect the need for bio females to gather so natural hierarchies form.

As for the Oprah comments in the post any woman who becomes subservient to that is being manipulated. Oprah is a mere mammy. Shes also exhibited an affinity for racism as well as engaged in subtle  but obvious racial undertones on show.
Oprah is nothing but a mammy. You might as well wander around saying 'Fiddle dee dee', and womdering what ball gown to wear when you watch her show.
THE 'EXPERTS' ARE ALL MALES. Duh. White males..wtf is this? Why wouldn't the experts guiding weak womens psyches be FEMALES?
Exactly. Another house slave for The Man.

Dr Phil is a creepy, hairy guy who resembles the ugly guy from the 70s who tried to look hip and due to heavy drug use (Ophrah) succedded, dressed in a busy silk shirt made for a Hawaiian used car salesman, open to expose his hairy chest complete with coke spoon and horrible flared polyester pants and of course the platform shoes.
Think  Frank Lopez from Scarface.
I am not taking advice from THAT guy. 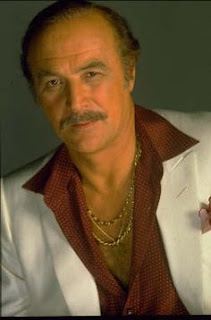 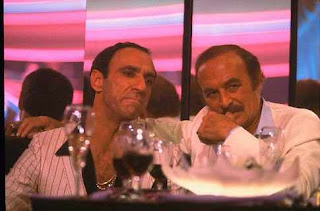 'Dr.' Oz and 'Dr.' Phil plotting their next scheme....I mean plan for your life. Self help was never so scary.

Dr. Oz has a name that should put anyone off to begin with and eerily resembles Hugh Hefner of Playboy.
http://cheezburger.com/2240204544

Why would you fall for this crap?

This blogger explains the problem a lot better than I could. I dont deal well with this issue being from Boston in my particular demographic. I just end up discrediting myself every day with N bombs and becoming increasingly racist.

Notice how this wasnt really an issue during Bush? Hmmm.

'Black culture' has had great contributions and high creativity, innovation.

The point everyone pointing this out is trying to make is that no one is listening to Miles Davis or having that level of originalit, creativity or most importantly with African peoples- THE PRODUCING OF ENERGIES. Rap music enslaves, hypnotizes.

If you listen to the CONGOTRONICS series of African music you will understand what the powers are trying to destroy. And enslave to work for THEM and their agenda.

CONGOTRONICS sounds like the music of life. Rap is enslavement.

I've noticed throughout this that the NWO isn't about People Of Color..its about HOUSELSLAVES OF COLOR. They only want 'colored' peoples from cultures they can control. (How racist and ignorant of science and history is it to use skin pigmentation as a gauge for race or moreso culture? You are being reduced to cattle.
'People Of Color'...wtf does that even MEAN?)

In reality they are trying to destroy indigenous cultures world wide. Europe is in large part an indigenous culture.  (Look at the cave drawings in France. Ancient structures, burial grounds, Artic Native peoples mixed with blue eyed peoples). So is Africa or South America or Mexico etc.

The other issue is that Equality is utter nonsense becuz while race is being pushed there's a major CLASS WAR being hidden behind it and POC are being used to break down lower classes so uppers, corporations etc can take over neighborhoods, cities and towns.

Diversity- if its even acceptable to demand people be told who to associate with (which it shouldn't be becuz free association and social isolation have created some great things in history),  by its very claims should include every culture, not destroy or deny certain ones in favor of others.

The class warfare hidden behind this is making it so only non 'People Of Color' cultures and neighborhoods who have the money or power to defend themselves are able to survive.

This isn't Diversity its genocide and ethnic cleansing.

Drawing attention to it being Communistic in nature makes it easier to understand. And it helps explain all this RIDICULOUS black and red clothing everywhere.

Its not easy living in the midst of cult mind control when you are a Survivor of mind control programs. You can see the danger so clearly but theres no stopping it.
by On_GangStalking clock 11:03:00 AM