Annoying Perp In Porter Square Cambridge Finally Got Himself A Spotlight Here OnGS!

There are alot of broken down locals in this area of Porter Square Cambridge MA for some reason. Older and in bad health or drunks it seems which is fine but they all seem connected to the old neighborhood type organized crime culture. On the lowest levels however.

Ive learned from being targeted and from my family having connections I didnt know about but experienced culturally as a child that ORGANIZED CRIME WOULD NEVER SUCCEED OR BE ABLE TO EXIST WITHOUT THE COMPLICITY OF THE PUBLIC.

The DD in the area is always a problem for harassment but its tolerable. The Peoples Republic Of Cambridge has always been terrible for 'gang stalking' activity from their Libtard pets but in years past I had some support and allies there. Perhaps still but enemy factions have grown in power with the new administration and scumbags working with crooked law enforcement are social climbing and rewards are paying out as never before. In the last admin, these people were kept in balance with other groups or kinds of people present in the area.

Now if you are dissident you are driven out and they want all street people working for them or else.

Thats more the changes in Harvard Square. Porter is more old school people who perhaps grew up with the mob guys (Irish?).

Its always shocking to experience people who seem brain damaged and subhuman perform psych warfare.
I guess evil in humans is so strong it can still exist long after health and strong life force have left the body.

It's also a testament to how basic mobbing is to the human animal and this is what we are up against.

This older man who has been gesturing me ever since he introduced himself months ago just goes too far with it. Hes condescending and f#cking arrogant and it finally pissed me off. I dont write about or feature every perp. Id be writing all day if i did.

Only people i consider dangerous. 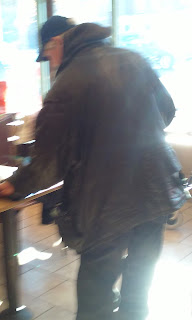 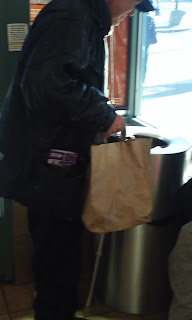 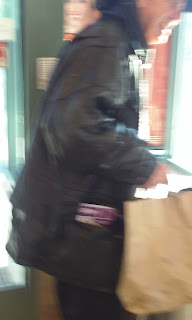 (Blue eyes. Grey hair. Slim face. Hangs out with older blonde who has atypical Scandinavian type large 'fish eyes' trait but they look like they are drooping off her face. Think peasants in Mediaeval village types. Like in Waltham except in more ill health.)

Theres something about this guy. As if he has a side to him thats capable of such actions. You never know just what favors or service that normal looking people have done for organized crime of all ethnic kinds.

You are going to meet doctors who owe their career to the Chinese for bringing them over that owe them any favor they ask for life. People like this idiot who cant keep their shit together so they think they can covert muscle someone like me to get what they DONT DESERVE in life.
People like my family members who raise 'white wash' children who seem goody goody and become genetic engineers and convert to Christianity. Yet usually there's always a human sacrifice like myself driven insane or living in the streets.
A family member everyone pretends is just a lost soul or some other bullshit.
That's becuz mind control has alot to do with organized crime. What would the drug, sex trade or entertainment be without it? Exactly.

This assh*le bragged about making $800 day when he worked for the construction union at a job for MIT where he oversaw a crew of men.

Its like this pinnacle moment in his life he revisists repeatedly and wants again. So thats what he wants out of GS I suppose.

He was seen talking to a union member who,of course, was doing GS gesturing (back pocket and side taps) so I can connect a probable source for this idiot's behavior.
The union guy had that look everyone on that level has here: many cop/mob/union guys all have a similar look. He looked like that and they are dangerous and should be treated as such.

THIS guy is a major jerk off nobody pain in the ass-unless he's hiding and he was like a hit man or something. He gives off more of a vibe of some sort of history of partaking in messy violence for the invisible empire. The hitmen have a presence thats alot more...heavy if you will, than that.

Ive heard him have phone conversations where he exhibits that quality of 'Im smarter than Im letting on and I have power and everyone I deal with is stupid and beneath me and Im capable of being very serious, punishing and violent if necessary'....but theres something faked and not solid about it. Like hes imitating what hes learned from guys who are actually really like that.

"How are ya kiddo!?"-Go f#ck yourself dude. And the gesturing just gets ridiculous. Desperate as hell this guy.

It was so funny becuz after I took these and logged into blog half the room left. One guy was staring at the phone in terror. Lmfao.

Porter Sq is very dangerous right now as is most of Cambridge. Its soooo psycho-managed. I dont know what is in or around Porter but its always been sort of nasty and unwelcoming towards me.
by On_GangStalking clock 2:14:00 PM