"My advice is to stay angry at these faggots, but let it be a kind of angry that helps you stay focused at your goal of destroying them. Don't let it get to the point where it's breaking you down and making you look crazy. Their goal is to make TI's look mean and nasty with anger management issues. Remind yourself that these people are, nothing more than, mean little cowardly losers who need exposed and are trying to destroy us. Manage your anger, and use it to fight them. Don't let it consume you. Try not to use too much racial slurs, but instead stick to the concept of house slaves of cowardly little elite men who despise true talent. I can speak from experience, trust me. They have me yelling in public and gnashing my teeth at them. Stay angry, but only just enough to remind yourself that you need to fight fight fight."
on New England's History Of Deception And Intrigue To Protect Its Interests And Cause Terror

Lay off the gays becuz I generally like gay people...if they arent trannies keeling me awake in a woman's shelter at 2am raving about their expertise at oral sex or trying to take over as head females in the natural hierarchies that form in women's day drop ins or other places women are left alone to exist without males around.

Its a shame that Ive seen alot of gay men and a few lesbian couples doing harassment but these are OBVIOUSLY part of the Obama era of frame ups and set ups against Liberal values and Equality etc or PC. They are creating racist lone shooters in high numbers nowadays so its expected they would try to get rid of us inconvenient people and make us useful during this administration.

During Bush it was oppressed blacks snapping or people up against the war oe NeoCons. Whoever is in office they desire to create home grown terrorism that attacks the value systems of the current admin.

Its a childs game but it is dangerous. Ive already been baited and framed up as a racist which wasn't my position during the last administration so its predictable that it would be attempted to get me to start hating gays or whoever else the current admin represents or champions.

They used to go only according to the history and psych profile but now they seem to just want to try whatever suits their agenda and you are either useful or you dont fall for it and are not but they always find something.

This morning one of the Harvard peon emoyees did directed conversation and said "whats your breaking point." about coffee I think to her peon friend but I cut that short.
This current campaign is to ensure DIVERSION from me getting legal council or working on material for my book. They obviously want me to waste time deeply engaged with them and not with my project.

Harvard police got an increase in budget from the new mayor who they reelected from 98 his popularity probably based on his lavishing them in the past.
I dont doubt the increase in the QUALITY and INTENSITY of harassment isnt either due to this or as a payoff.

There also isnt the intense tech as part of the psychomanagement that was present during the last governor and Boston and Cambridge past administrations.

So the first rule of thumb applies here:
Wherever there is heavy use of technologies
There will be less or very little stalking and harassment by human forces or in person stalkers.

Wherever there is heavy use of human forces or in person stalking and harassment
There will be less use of technologies.

Other than that this is pretty good advoce for readers. I dont know about the fighting part. Resisting is a better description.
Fighting constantly wastes time and burns you out. Street fighters tell you this that if u dont stay calm you will pass out in the middle of the physical altercation which may be very drawn out.

"Lately, I've been getting deluged delay with directives and suggestions about 1) that I need to get an attorney for my "situation", and 2) that I need to obtain a life insurance policy. I used to get a lot of directives about meds, and still do, but now they are focusing on the importance of me getting an attorney and taking out a life insurance policy. on Why is the harasemt so vad now and why so many people who seem?o hate ne"


I had this heavily during the past administration in Boston and before I got baited and arrested and before Menino died. I would get heavy ideations but they would be followed by blocking of the Willpower to accomplish or take action on such ideas. It truly was pure torture.

I think it was to associate getting a lawyer with failure or being paralysed-unable to move or make a move.

This works off experimentation and Ritual Abuse in my childhood. I was in Roslindale just a few years after returning from the foster home to my mother's care i was about 8 or 7. I awoke totally frozen and paralyzed and had to 'thaw out' my limbs one by one. I had had a dream about a man in a suit with glasses and a briefcase and perhaps a drugging from this person. He had the same stupid smile the more higher perps have. The ones who you trust a bit more but still hate becuz they seem..professionals and trained foe this work and from power and wealth not just the horrible common people who do gang stalking now.

I respect the original evil behind MK Ultra. I dont respect the people doing harassment now. I hate them all though.

The tech being used to do this seems faeke and weak compared to these experiences in my youth. Like the difference between psych meds and mind altering drugs from plants in Nature. The mind and body tell us that the psych meds are man made bullshit with no true coding designed by Nature to bond with our minds and bodies as the drug should.

Again we are dealing with technomancers who want to decode everything from the Mona Lisa to angels,devils and the gods themselves becuz they want that ultimate power.
Their latest Tower Of Babel.

Thus the social engineering the false environments even in public spaces. This is the very meaning of the NWO.

Their arrogance is laughable and their attempts should be distasteful to both Christian and Satanist. Theres no natural forces of the earth at work and if there is its something I dont understand in the context of life on this planet.

This kind of torture is akin to more Gitmo Bay material. More parallels with what the military was doing that could be understood by the public. Of course letting them know about it at all was simply to begin the process of normalizing torture.
Just as they've been normalizing torture in Target's lives for these past decades. Its so sad and such a waste.

And the life insurance policy is scary. Perhaps they just want you to get organized. For some periods theres people in power who support us and give us assistance but they leave or get fucked out of office by a set up etc.

It could be to cause death anxiety. Imeaving RI becuz in Providence this creepy feeling of deeep peace comes ove me as Im looking at a light coming through a window of a convenience store or whatever.
Uh THAT started to freak me out. That and the very heavy harassment from the mixed race and culture trash that now inhabits Providence especially Kennedy Plaza transit center.

I have a screen shot of a wifi port thats named HEART OF THE SWARM from Kennedy Plaza. 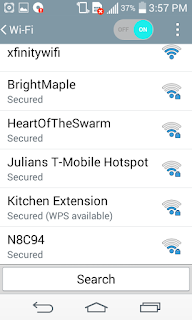 RI is so crooked and screwed up that is probably their idea of ANTI TERRORISM activity. I would laugh my ass off if I found out they actually paid those f*cks to harass peope. Picture a Medieval village peasant population who are wanna be gangstas-welcome to downtown Providence.

I seriously dont need to slip into a coma of mother Mary-esque peaceful death when Im trying to finish something this important.
RI is an old MA prison colony and Providence has alot of lets say 'oppressive' energy. The elitism used to be accessible to bohemians and outsider artists and now its not.

Much of the ghettoification of areas with art, wealth and interesting things is simply like putting a moat around your castle and adding crocodiles and alligators. Now your resources are inaccessible to 'outsiders'.

This isnt Diversity or multiculturalism. Its those labels used for class war. Ignorant motherfuckers who are dirty low down or third worlders who come from absolutely nothing in areas with horrible human rights policies are not the kind of people I would use to introduce into a decent community and represent those cultures. Get real.

So what you are getting  are blocks and death threats to cause stress and anxiety which is always their goal becuz it destroys physical health over time and theres no blame to them or anyone. It appears natural.

Think about decisions like these for your personal affairs quietly and in someplace where you can deliberate clearly without interference and dont be sleep deprived.

In the end its all intimidation and murder.