A Visit To Grounds of Former Danvers State Insane Asylum

Went up to Danvers, Massachusetts to see the buildings that once housed the Danvers State Hospital aka Lunatic Asylum aka For The Criminally Insane.

Historically Danvers, MA was formerly known as Salem Village. This is the actual location of the Salem Witch Trials as opposed to Salem, MA which is nearby.
https://owlcation.com/humanities/Cause-of-the-Salem-Witch-Trials-The-Devil-Or-Political-gain

Some people were hung for their alleged crimes in Salem however and a long controversy about the actual physical location has recently been solved.
https://www.washingtonpost.com/news/morning-mix/wp/2016/01/14/the-site-where-salems-witches-were-executed-is-now-next-to-a-walgreens/

The Kirkbride building main entrance. We accidentally came to the back of the complex but found our way to the main front: 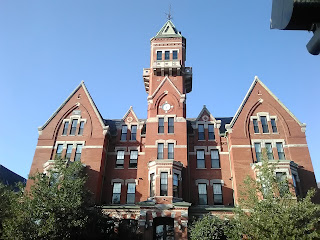 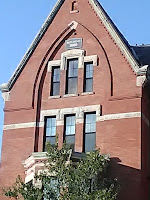 This facility was built on Hathorne Hill, the property of Judge Hathorne one of the main witch burning judges and great grandfather of Nathaniel Hathorne.
http://historyofmassachusetts.org/john-hathorne-the-salem-witch-judge/

Though the location is potentially negative in its history the original design of the building known as a Kirkbride Building was very positive.
These buildings were put up around the world as a new innovative way to treat mental illness.
http://www.kirkbridebuildings.com

The idea was to put patients in a natural setting away from daily urban stressors like pollution, urban landscape, overcrowding, etc as it was believed this would cure them or restore them at least to some better state of mind.
Like all good and novel idealistic concepts especially ones requiring abundant funding the ideal crumbled as did the buildings as upkeep remained costly, funds dwindled and the medical field changed it's methods of dealing with mental illness.

Decades after the construction and heydey of Kirkbride's treatment facilities these palaces of treatment for the mentally ill turned into isolated prison camps of horrors such as abuse, unethical human experimentation, punitive psychiatry etc.

This is the era that supposedly produced the alleged hauntings and dark energies experienced by various people.

My trip here was mentioned in conversation with various people days later. One a cop who was a former ambulance driver and another man who had driven a truck into the institution frequently years ago-both oddly gave the same reply: "that place was f*cked up", which in Boston lingo charmingly reveals that even big grown up tough guys were leery of the place and effected by it.
Often these types of people are the best gauge of the powerful effect of such places as they usually dont allow such things to effect them. When it does its most likely the energies are severely malignant.

I was supposed to arrive at the site at night but it didn't work out and that was best due to the fact that Google Maps misplaces the hospital at the wrong address which we discovered the following day.
That night we slept in a field clearing near a small wooded patch at the end of a road leading to the old hospital where one of us had unusual nightmares the other awaking repeatedly to fears of a violent death from a hatcheting. The woods seemed cursed with some sort of violent memories.

Upon hiking one of the two long roads we discovered its not 450 Maple St as Google Maps claims but 1101 Kirkbride Drive. 450 Maple is now a state intermediate care facility for the mentally retarded. It may be that this was also part of the original hospital's vast grounds I'd have to do research.

The Kirkbride building had been converted to condos in 2006 and the story of how this transpired is interesting. A fire destroyed much of the real estate company's efforts and finally thy sold out to another real estate company.
https://www.danversstateinsaneasylum.com/chronicles
If you are from a northeast city or Chicago etc you know this is worth examining. It could be our areas traditional form of 'business practice' or it could be the asylum's revenge. I prefer the latter of course.

Nothing really remains of the hospital except two cemeteries in back where a committee had commemorated the suffering of patients by seeking names in records and matching them to the anonymous numbered graves.
The energy in the graveyard reflects what was most likely on the main grounds before the condo construction. 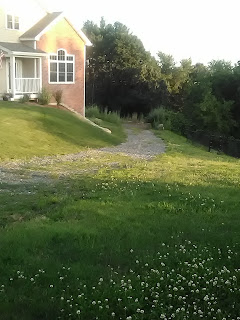 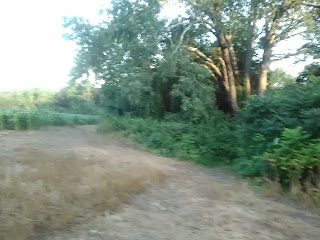 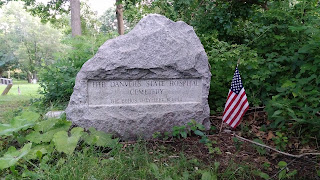 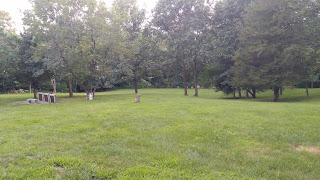 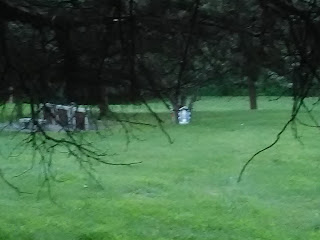 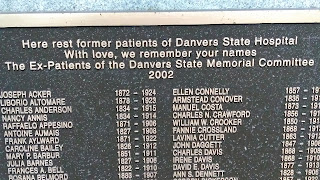 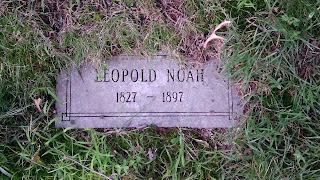 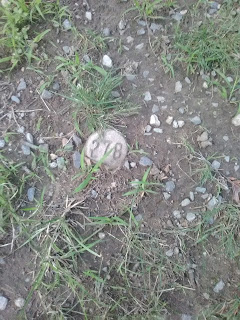 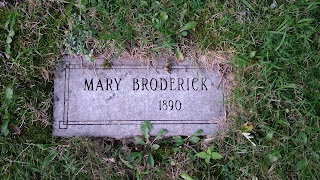 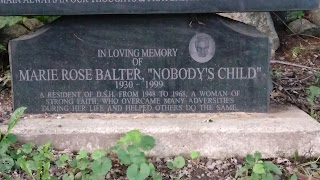 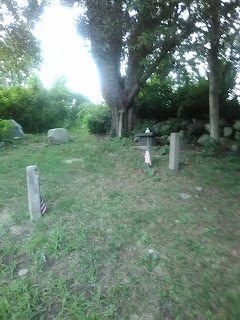 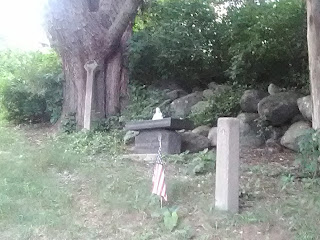 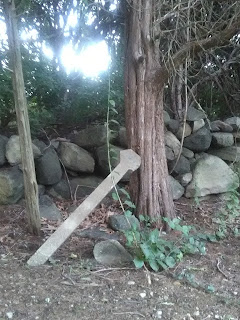 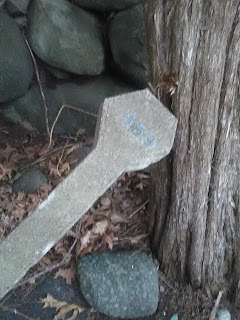 Please use caution when visiting the cemetery. If you have any ill effects after visiting its less likely metaphysical and more likely related to residual chemical or biochemistry  from the hospital's history.
Simply launder and wipe down any tarps etc and shower. You'll notice any ill effects cease.
My guess is fungus, disease or chemicals left behind. Remember this place is very old and has been utilized for everything from unethical human experimentation to disease out breaks that killed large amounts of people.
Dont underestimate history's power or Nature.

You'll notice a large cell and microwave tower in the center of the complex on top of the hill itself. 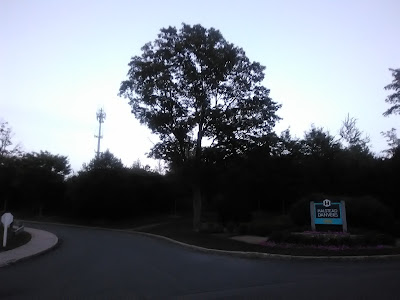 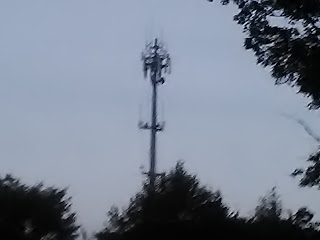 I know its for reception but I was also wondering if this may, according to some theories, be being utilized to 'manage' the residual electromagnetic energies that remained which is what humans perceive as 'hauntings'. (Paranormal researchers use instruments to detect and measure electromagnetic activity in allegedly 'haunted' areas.)

Creating a man made field to correct naturally occuring ones is common. And it seems to work to make this place not scary anymore. Plus anyplace with 'bad' energies that houses living people who are healthy, active and heal well is going to be more balanced than an abandoned area.
The problem of modern electromagnetic pollution comes when it overlays natural fields created by Nature such as vortexes or even the human body or other living things.

Theoretically its possible that falsifying a place's 'energy' and not inducing real healing or evening up of karma if you will is the modern quick fix and again evades human responsibility for abuse or taking lives.
This is why automated warfare is so dangerous. There must be a price to taking a life, to the takers, to keep balance.

This is exactly what Bansky is saying when he created his image of the Reaper with a smiley happy face on it. Its the modern 'feel good' culture that through deception covers up gruesome realities-ultimately evading responsibility.

The grim reaper often is used to represent heavy responsibility in art or other studies.

This is what I experienced at the site of Danvers State Hospital. The truth and reality which should be dealt with- healed and fixed THEN people can move on-shoved into a back corner and the main grounds being converted by an easy fix using technology-as its most profitable.

These types of places are possibly one kind of now early examples of false environments using technology in open, outdoor public and private spaces to alter natural reality.
Its only a theory but its important for anyone who dislikes what the modern world is becoming and perhaps wishes to avoid such a future by creating alternatives.

Danvers State Hospital's story is also another example of abuse by the medical establishment and the psychiatric industry which nowadays has gained the status of the old religious Inquisition in our society-with just about as much sense behind it as well. (Who does research to back up and prove old theories instead of fostering discovery and creating new ones?).

We left at dusk and not too soon. Passing the former farm grazing grounds while exiting back to civilization they had the same forbidden feel to them as the cemeteries: 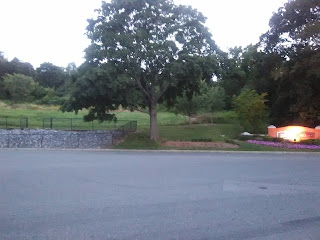 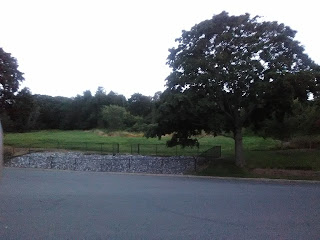 We came upon a stairway with creepy trees with signs whos writing had long worn off and it looked like anything you'd imagine from a staged horror movie yet it was lovely in its degeneration. It must have been an alternative way to Kirkbride Drive. It was too late and I chickened out walking up it. 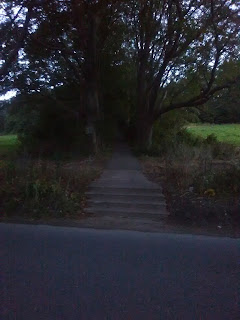 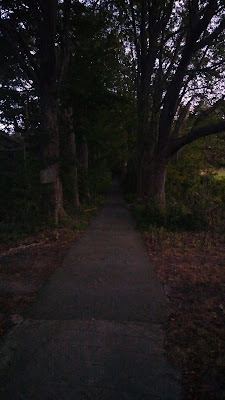 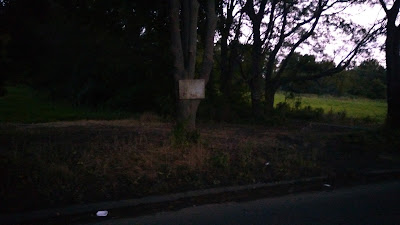 If you visit the site remember Google Maps has the wrong address and it's the Halstead Condos not the Hogan Regional Center. Upon entering the area go up the hill on the left not down the right.

It's advised to go to the front of the condo complex as they dont seem to mind tourists or pics. The back is where the pool is and thats private.

The cemetery is nearby.  If you pass by the  Kirkbride building that road leads to another complex and the cemetery is behind it. There are websites to give info and residents are glad to give directions. Be courteous remember this is now their back yard.
Its a historical site so shame on Google for denying corrections for the hospital location or marking the graveyard at all.
(Update: Google has accepted the location for the cemetery and it's historical significance.)

I think theres alot what remains there wants to tell us.

I pictured patients trying to hide in the woods to escape on the grounds.
A person's perspective of being driven up to the facility on the long road, doubtful of anyway out or apprehensive of what they would find there as a patient. 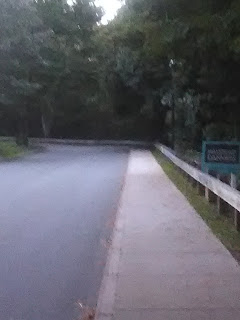 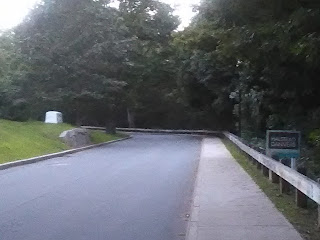 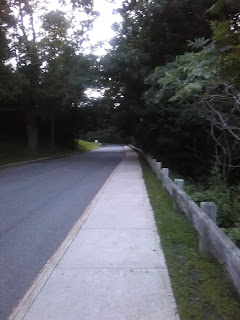 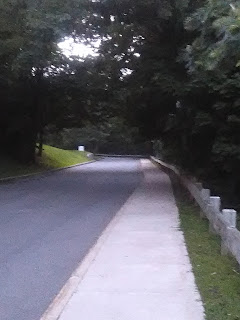 Nice novel ideas that manifest into reality can easily be quitely hijacked by less savory people with only an agenda and profit as ther interests. And if the potential for abuse of power is hidden from the public, horrors like these will keep occuring.

Its human animal nature to build condos on the site of such human suffering and ignore it. But its a dangerous manifestation of the modern world to be able to erase the residual forces of such things through technology and not have to live with them as a reminder of the value of life and true concepts of fairness and justice. 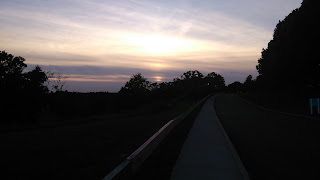